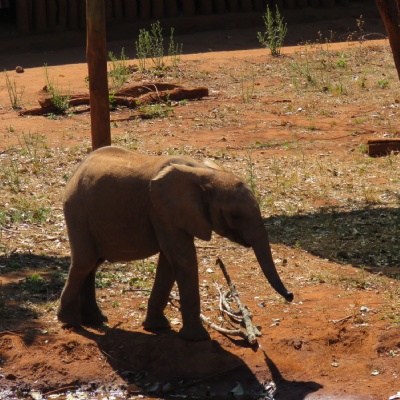 EHS Year 10 students first visited the Lilayi Elephant Orphanage in 2015. When baby elephants are found alone in the wild it is usually because mothers have been killed by poachers.  Lilayi is very close to where we stay for our Zambia Tag Rugby Coaching Tours so we have visited each year since.

Our first adopted elephant was Nkala who has been successfully reintroduced to the wild in Kafue National Park.

EHS Year 10 students first adopted Kasewe in 2017 shortly after she had entered the orphanage. Two years later we have sponsored her again and will visit her in July.  The orphanage are hoping to send her to a release facility later this year where she will vey gradually be prepared for life in the wild.

Kasewe was rescued at only 9 months old, in September 2016. She was found by a teacher named Sabina, who saw the small orphan wondering alone by the Kasewe Stream. With help from her brother and children, Sabina managed to capture Kasewe, and restrain her with a chitenge (a traditional cloth often used as a skirt), which demonstrates how easy she was to handle from an early age. Reports suggest Kasewe’s mother had been shot four days earlier for crop
raiding in Mozambique.

The loss of her mother and herd was a huge trauma for Kasewe, and from the moment she reached the Elephant Nursery she sought the attention of the Keepers to provide her with comfort and reassurance. She was very quick to take to the bottle, and was drinking well within hours of her
rescue. However, despite her good appetite, Kasewe’s energy level dropped for a while at the Nursery, and she was closely monitored by the Keepers.

Over time, with nutritional support and the company of her surrogate siblings, Kasewe has settled in well with the rest of the orphan herd at the Nursery, and continues to delight her Keepers with her playful character.